When linking with VS11 Beta, you receive a TRACKER error of TRK0005 or TRK0002 referencing either rc.exe or mt.exe. This means that VS11 Beta cannot find the tools needed for manifest generation.

I've just started using Visual Studio 11 Beta. One of the nice additions to VS11 is that it incorporates the idea of multiple platform toolsets - that is, compilers. On the Property Pages for a project under Configuration Properties/Platform Toolset is a drop-down list of the registered compilers. 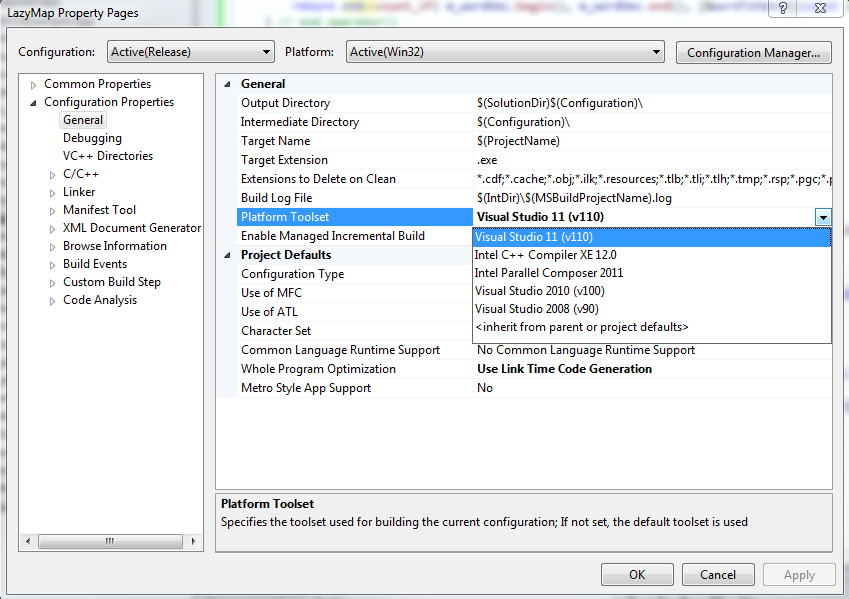 Linking Fails due to Problems with Manifest Generation

Compilation works fine with Visual Studio 2010. (I haven't tested the others.) When I switched to the Visual Studio 11 compiler, I get the error:

Sometimes I get the error

Playing around trying to fix the problem I sometimes got the same errors except with mt.exe instead of rc.exe.

Searching on Google didn't turn up much useful; StackOverflow.com did point me in the right direction: mt.exe and rc.exe come with Windows SDK and are part of the packaging and manifest generation that Visual Studio does by default.

OK, I know the manifest is important for .NET assemblies. Does it matter for native code? According to Building C/C++ Isolated Applications and Side-by-Side Assemblies, the manifest helps ensure that the distributed application is running with the right DLLs; in other words, it addresses DLL Hell as described in the (somewhat poorly named) Simplifying Deployment and Solving DLL Hell with the .NET Framework.

There are at least three ways to address the problem:

This disables manifest generation for all projects on a particular installation of Visual Studio 11 Beta. 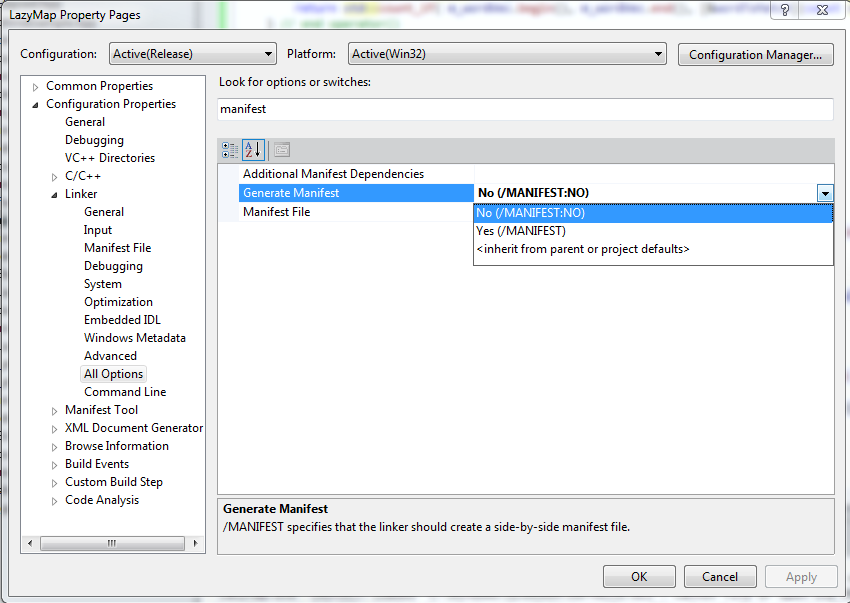